The government of the Philippines through its Department of Information and Communications Technology (DICT) conducted the second Philippine Impact Sourcing Conference (PISCON) in Cebu 3rd and 4th of May 2018.

A main objective of the conference was to celebrate the implementation of the Rural Impact Sourcing Technical Training (RISTT) program which DICT conducted across 26 different locations in 2017. More than 600 delegates were present, with a mix of local government officials and people from the online outsourcing business in the country. DICT plan to increase the number of locations for RISTT to 65 for 2018. According to DICT undersecretary Monchito Ibrahim, there has now been a shift among the local government officials, and while DICT previously had to push for them to help host training in particular locations, it is now the local government that come to DICT and ask if they can be one of the locations for such training.

While it can be debated whether such training is impact sourcing in the purest sense of the term (see this previous DIODE blog post), there is no doubt that this training has had an impact on individuals and that new (out)sourcing jobs have been created.

In some locations, a number of the trainees went together and started their own corporations. Two such examples are Narra Digital Solutions in Zamboanga City and DigiWorkz Carmona in Carmona, Cavite.

Zamboanga City is at the southernmost part of Mindanao, a region that is currently under martial law. As recently as 2013 there was a military conflict in the city. Two mothers, who previously had to leave their children to their extended family due to work responsibilities, together with their trainer, started Narra Digital Solutions. Their main target is to do IT jobs for local companies in the Zamboanga region. Also, they do advocacy and teach others, in particular, other single mothers, to do digital work. Previously there were few such opportunities in the area, which meant that the mothers had to leave the children with their family and go to places like Manila to work. By either working from home or an office close to home, they can now take care of their children and earn money at the same time. According to the founders, they can see how their children have a better life than they had before.

DigiWorkz was started by some of the trainees, in close cooperation with the local government in Carmona. The government helped with infrastructure and a building where the cooperative now work. Like Narra Digital Solutions, DigiWorkz also primarily work with local customers and have the ambition of helping to digitalize all local business in the area by 2020. One such business is Wellvise. Having got their website designed by DigiWorkz they are now able to attract customers from wider areas.

These are just two examples of how the trainees have used the skill they got during the training to create sustainable local jobs in their region. While previous research about impact sourcing has focused primarily on the customer, the impact sourcing vendor, and impact sourcing workers, the role of the government has not got that much attention. Further, the connection between training and small impact sourcing start-ups has hardly been researched at all.

Looking into how the creation of such smaller impact sourcing companies has an impact in the local society is part of my current doctoral project where I explore the wider impact of new forms of digital work at the Philippines. You can follow the project on my Facebook page. 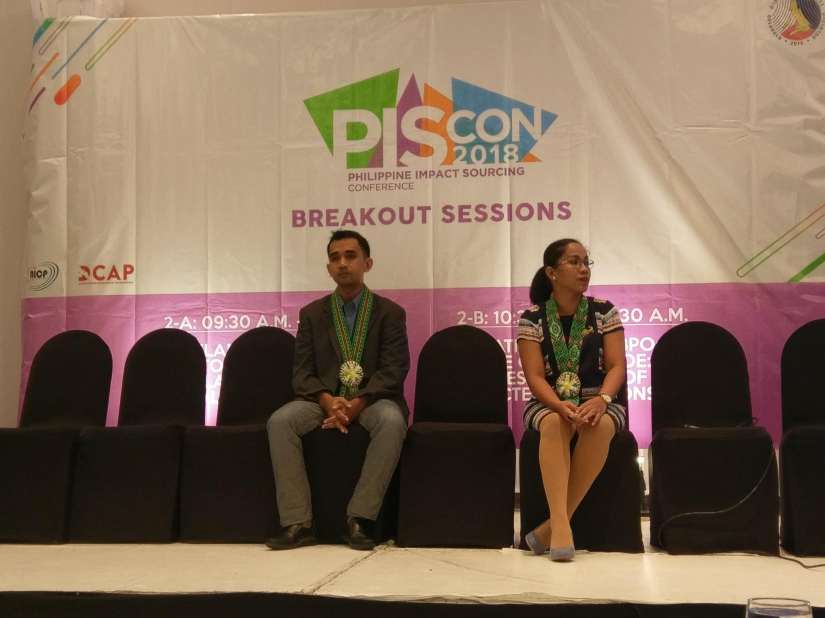 Karsten Eskelund is a doctoral researcher at the University of Manchester and a senior advisor at leading Norwegian sourcing advisory company Infocom Group. He has more than 20 years of experience from the global IT-industry and have lived in countries like Norway, India and the Philippines. His main interest is on how to get people across the globe to work together in a best possible way. In his research, he focuses on what impact IT-enabled jobs have on people who would otherwise be left out of the job market. View all posts by Karsten Eskelund

1 thought on “Report from the Philippine Impact Sourcing Conference (PISCON)”